The AHRC was resolved to ensure appropriate and accessible translations for their multicultural users. We tailored a solution that delivers just that.

The Australian Human Rights Commission (AHRC) is an independent statutory organisation, which aims to protect and promote human rights in Australia and internationally.

Certain topics — such as elder abuse — can be difficult to approach. The AHRC was concerned about ensuring that their information is conveyed as respectfully and appropriately as possible for older Australians from culturally and linguistically diverse backgrounds. 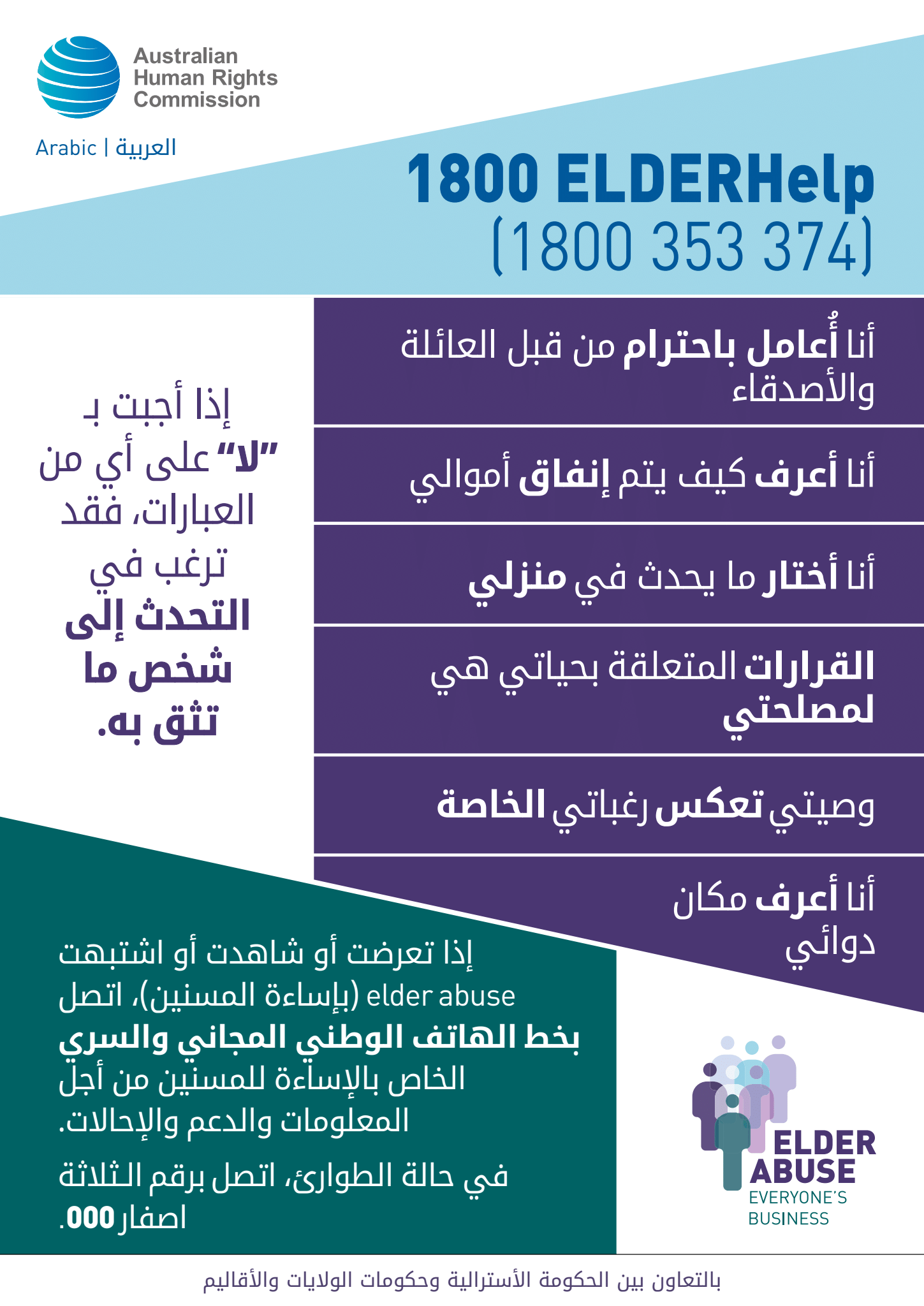 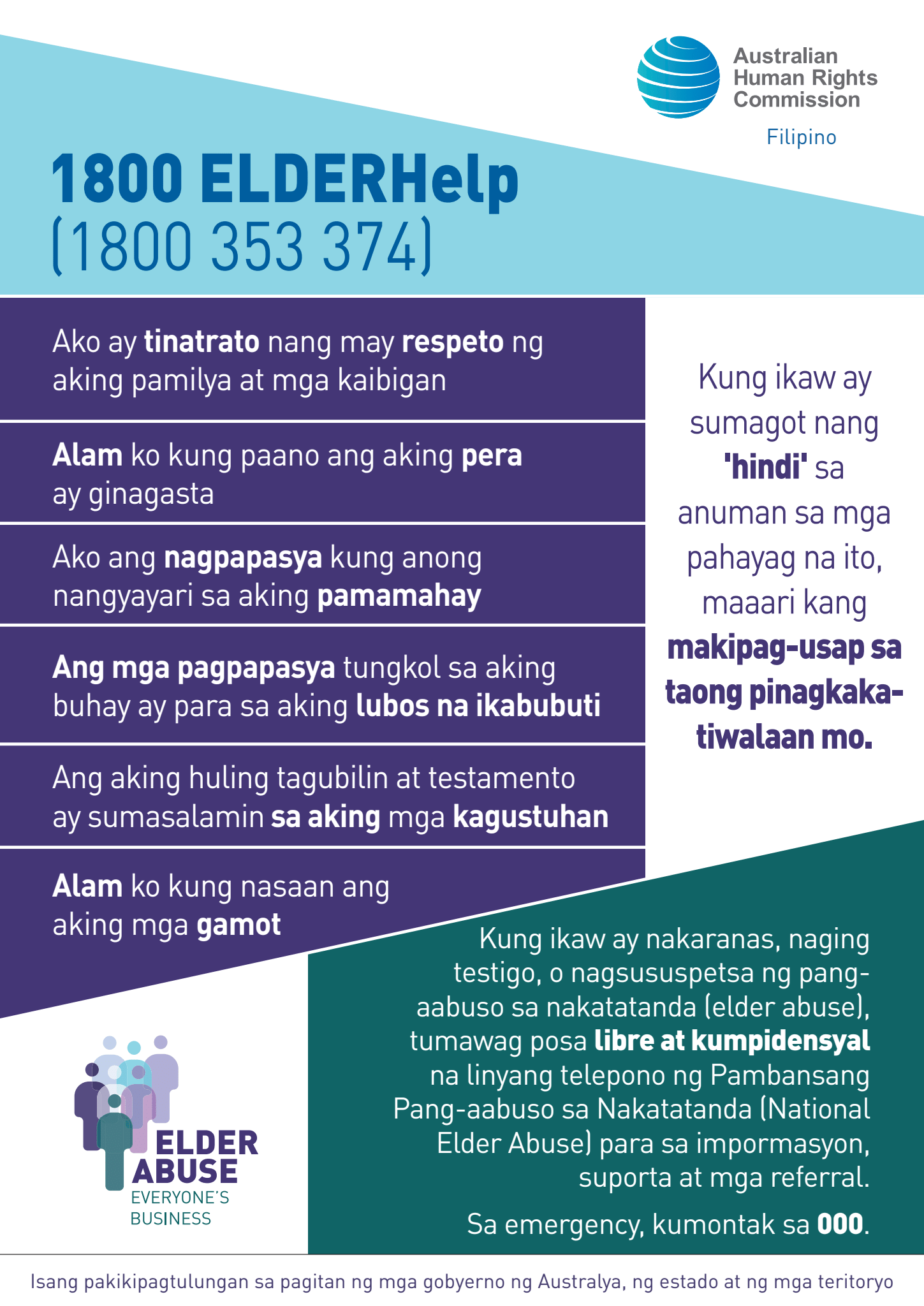 The AHRC was looking to create translated resources to help promote awareness about elder abuse among older Australians. As part of their campaign, they produced English bookmarks and posters for distribution — then, they looked to have those resources translated.

To produce a culturally-appropriate multilingual campaign, the AHRC needed a multicultural communications agency that understood how to communicate with older, multicultural Australians on sensitive topics.

That's where Ethnolink came in.

We designed a solution for the AHRC that would ensure their resources were translated in a way that approaches the topic of elder abuse tactfully — with respect to each language community's cultural values and ways of communicating.

Our community checking service invited members of the AHRC's target audience to review the translations and give their thoughts and insights. It's one of the best practices available for multilingual resources. Not only does community checking ensure that translated texts are culturally appropriate, it also confirms that the information is conveyed in clear and accessible language.

In addition to community checking, we implemented PDF accessibility tagging on each of the documents. This was particularly important for older Australians who may be using screen readers or similar tools to assist them with consuming online, text-based content.

Our solution ensured that the AHRC's resources are not only highly accessible for older Australians, but that they are also culturally appropriate with respect to each language community's values.

With the help of our community checkers, who reported being highly satisfied with the quality of the translated resources, we ensured that the AHRC's resources delivered in a clear, culturally appropriate language for older, multicultural Australians.

The AHRC's resources are now available on their website in 19 languages.

Discover the Ethnolink difference for yourself

Get a quote Talk to our team